i am now used to of following(but tired of googling this again n again), just in case.


Console2 was better than windows cmd
i used it for quite some time, recently having issues with it using bash..
ConsoleZ, its definitely better. to set it for using bash (git)..in settings:

EDIT : 2019
On Windows : Cmder based on ConEmu is ultimately what i was looking for
On Ubuntu : Tmux is solution


No comments:
Email ThisBlogThis!Share to TwitterShare to FacebookShare to Pinterest
Labels: python 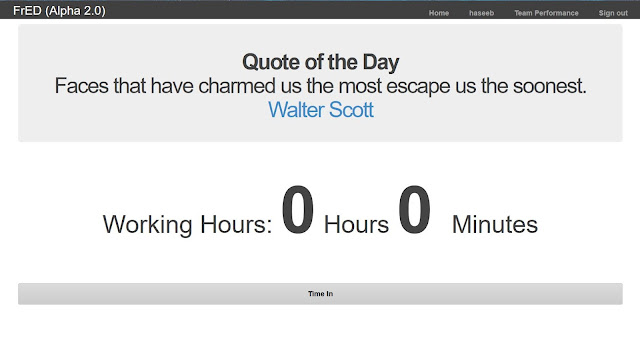 FrED is small web based application developed in house at FF for following reasons(needs).
I wasn't sure, it will help me that much to keep moral high, if i had idea, we have done it earlier. I can imagine huge / small open source HR systems, but truly wasn't sure, its worth searching as i was more sure about what i expected as employee in last 15 years.

Ali (colleague) worked on it as developer, i helped him design / conceive details. Its written in python(entirely). 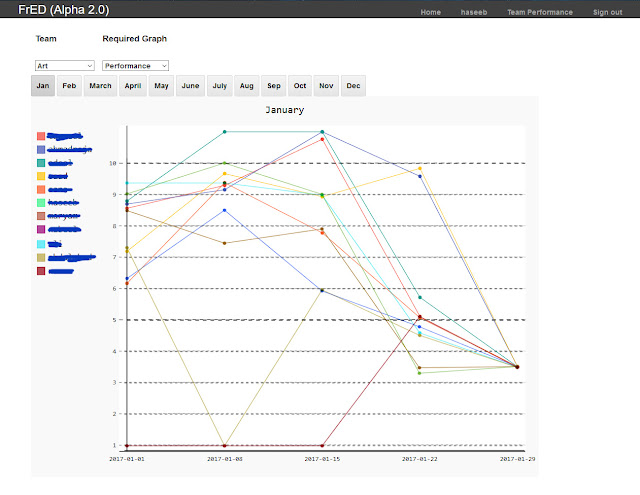 Hopefully will be our first contribution to open source some day if it gets bit more completion for user roles management, currently a bit hard-coded in sq-lite.

RULES for performance
Python Client
it has only 3 intentions initially and was working fine, then we broke some features in mid, and hopefully will come back soon.

No comments:
Email ThisBlogThis!Share to TwitterShare to FacebookShare to Pinterest
Labels: python

Previously in my life, i have used MSProject(2003) then Dot Project (2006). Then for small scale projects google sheets works perfectly fine.
Since 2010 or so, i have used Asana and Trello and my life really went nicely with such amazing tools at free of cost for small / mid sized teams.
Recently, in last couple of years, one of issue i faced was not everyone in team has internet access due to various reasons. So i was looking for smarter / simpler solution for myself and team. In December 2016, i almost read about 10 to 15 software's here, compare here. Shortlist 5 apps, give them quick tests on internal Ubuntu Server in urge to find best tool. Each one of them is strong and complete and i have huge respect for development teams behind these tools. Conclusions below, didn't meant any comparison but truly are for my own brain, so i can save time in future where & when needed.

No comments:
Email ThisBlogThis!Share to TwitterShare to FacebookShare to Pinterest
Labels: project management

in 2014 last quarter, i finally joined a company named FilmFactory with a hope that it would be end of job carrier. still working there,..in first 3 months, i was working with extremely small team for vfx work on a project. majorly greenscreen, wireremoval, cg extensions etc, which was offcourse very fun and huge learning experience. few shots and breakdowns of project
No comments:
Email ThisBlogThis!Share to TwitterShare to FacebookShare to Pinterest
Labels: btb, compositing, filmfactory, vfx

After finishing my contract at Creative Village in March 2013, i joined a Game Studio named FRAG as Lead Technical Artist. Being a young company, my job was to primarily work after assets preparation. This includes Rigging and Animation for Project named SR (Sorcerer's Ring). Working in games after 8 years was definitely fun. Lot has changed since then. This was first time,i had a chance to work with unity. As i have to deliver finished animation files in unity.
Few game animation videos from frag vimeo channel are here(on which i worked) all assets were offcourse prepared by wonderful team of Artists ( Kabir Talib, Jawad, Sana , Nada, Shuja).


As we were reaching near end of game project, couple of free week, i worked on small cinematic in AE, for which Artwork was done by Sana.

Reason for awesome memories, other than cool work environment

This post is dedicated to an old Genius Friend of mine named Ahmed Siddique. As i owe him that credit ("GENIUS") from quite some time. Coincidently, post is also about work i did with him. Once again i wanted to mention thanks for permitting me to show this here and or elsewhere.

i might have to work on this after six months. thought was to document where i am leaving so continuing wasn't that big headache. it was typical intresting project for tech cg artist like me. lot of plans ahead, time is only constraint right now.

No comments:
Email ThisBlogThis!Share to TwitterShare to FacebookShare to Pinterest
Labels: actionscript, flex

EDIT : 2013 / 08 ( source uploaded )
One of my friends (Creative Sect) have to finish project with EBooks website. where they have finished first 500 designs and then wanted remaining 25000 designs automatically from photohop from database (excel / csv). it took me almost 2 days to write tool for them.

I recently finished contract with creative village studio as technical director. It was definitely very interesting project. I have learned so much. this video shows what had been went into production after development. I'll share more about whats in development later on..

I had been studying blender python (bpy) from last few months and its amazing. creativev tools is small set of functions, which i wrote in last few months to help my collegues. Primarily to make sure, animators can use motion capture data on our character rigs and refine/cleanup with slightly more ease.

recently, for some reason, i have to develop a single splash image for a logo for some agency. day1, i attempted to save my a** using simple stuff, Glu-3d. water shaders etc and soon, i realized. that i have to dig more detail. so i started with real flow. keep browsing documentation and common knowledge on internet (including youtube). i was able to solve two basic sims, with different parameters setup for behavior and slightly different physics conditions....

then i render multiple frames from this sim ( same camera angle) ... almost 10. with few different passes. mainly for transparency, reflections and colors....

Read more »
No comments:
Email ThisBlogThis!Share to TwitterShare to FacebookShare to Pinterest

few months ago, i was contacted by an friend company (cgmentor) for project named '4drenderfarm'. they were starting company to provide services in network rendering for 3dsmax(initially). i developed their client application (desktop) and 3dsmax  script to package everything from 3dsmax and send to their ftp server. 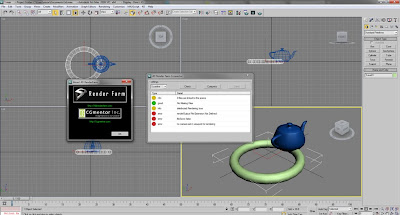 it was simple and interesting project as i am learning more and more development familiarity. most of stuff was simple, except for the fact, that first time, i had chance to touch php. huge thanks for all the guidance from my friend Alvi @ evolve. rough workflow steps were as follow